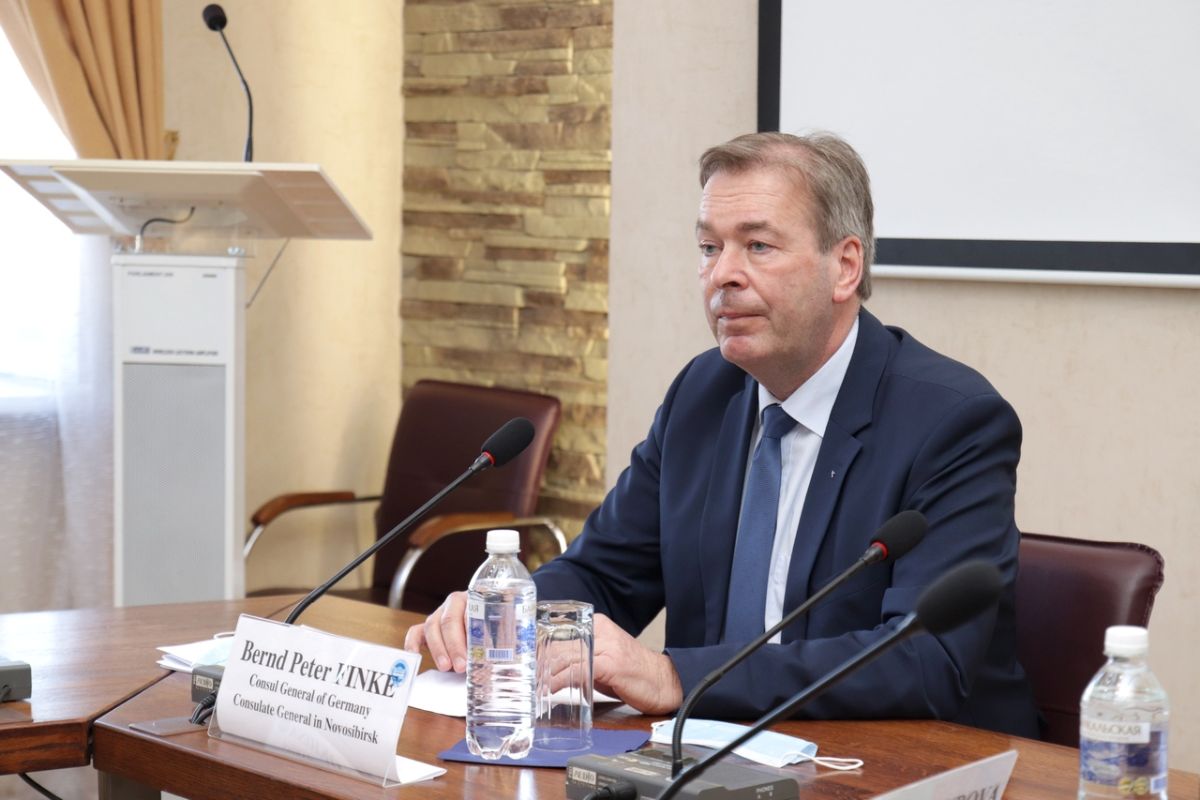 Bernd Finke, Consul General of the Federal Republic of Germany in the Siberian and Far Eastern Federal Districts visited Irkutsk State University. At the university he was welcomed by ISU Rector, Professor Alexander Schmidt.

Alexander Schmidt introduced the university to the German diplomat and spoke about the scientific and educational activities of the university, focusing on the opportunities that Irkutsk State University is supposed to provide for foreign partners. The head of the university also noted the importance of developing connections with foreign partners and spoke about joint programs and projects, mainly highlighting the interaction with scientific and educational organizations in Germany and emphasizing that the main areas of cooperation with German partners are Particle Physics, Biology, and Linguistics. Alexander Schmidt gave several examples in the conversation.

So, for more than 30 years ISU has been cooperating with the Christian Albrecht University of Kiel, with summer schools in the field of ecology and nature management are held, joint research projects and academic exchange are carried out and a double degree program is implemented. Young scientists at ISU regularly get grants from the German Academic Exchange Service (DAAD) and implement joint research with German partners. Also, the successful implementing of joint research projects is conducted by scientists from the Research Institute of Biology of Irkutsk State University with colleagues from the Helmholtz Association. Physicists of ISU closely cooperate with the DESY center in the framework of the TAIGA gamma-observatory project, built in Buryatia, and the BAIKAL collaboration, which is implementing the project of a deep-water neutrino telescope. The Institute of Philology, Foreign Languages and Media Communication of ISU trains teachers and interpreters of German language.

After talking with the head of the university, the Consul General had a meeting with the professors and young researchers of the university. At the meeting, there were proposals of organizing the Days of German culture in the Institute of Philology, Foreign Languages and Media Communication of ISU and creating the club with native speakers of German language. Bernd Finke promised to assist in inviting guests from Germany to the opening ceremony of the TAIGA complex and explained the conditions for visiting Germany during the pandemic.

At the end of the meeting, the vice-rector for scientific work and international cooperation Konstantin Grigorichev noted that the university is ready to interact with the Consulate General of the Federal Republic of Germany and is interested in holding joint events.