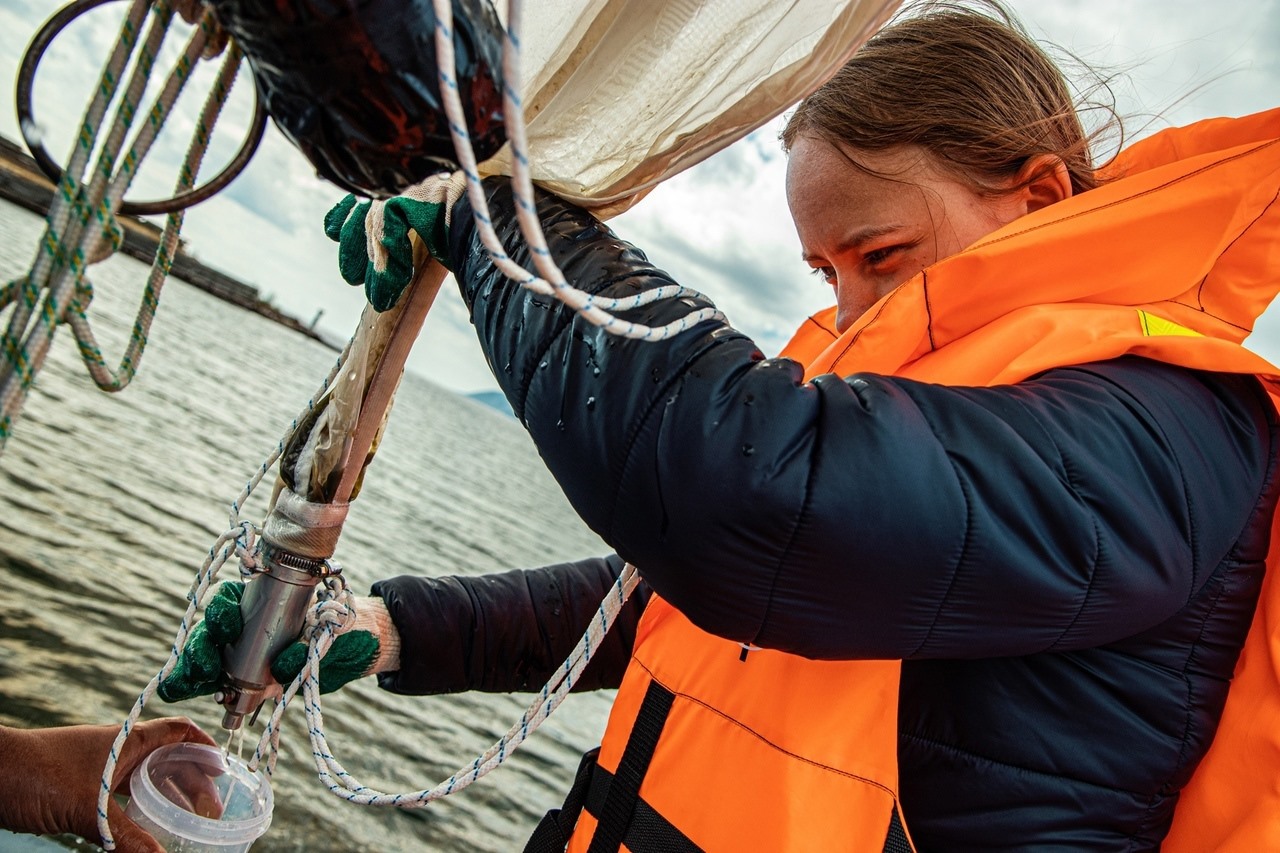 Irkutsk Regional Branch of Russian Geographical Society continues supporting research projects of ISU young scientists with the topic of pollution of Lake Baikal with microplastics. The mini-grant of an amount of 75,000 rubles was allocated for a project to study the issues of absorption, removal and accumulation of microplastics particles by endemic amphipods of Lake Baikal.

Sofya Biritskaya, manager of the project, junior researcher at the ISU Institute of Biology, master degree student of the Faculty of Biology and Soil Science at ISU:

- The project will help us to come to the understanding of the situation connected with Lake Baikal ecosystem exposure to be polluted with microplastics. I would like to note that the influence of microplastics on organisms is being actively studied in the scientific community, and now the inhabitants of Lake Baikal are not an exception. It is very pleasant that the initiatives of young scientists are actively supported by large organizations.

Work on the project will take place both at Lake Baikal and at the laboratory. A number of experiments are scheduled to determine whether different types of microplastics are capable of accumulating in endemic organisms, as well as how they are absorbed and excreted from organisms.

Young scientists also use the obtained data for popular science purposes – to produce a series of mini-films "Microplastics in Baikal", which will be posted on social networks and some other media resources.

Dmitry Karnaukhov, head of the department on pollution of Lake Baikal with microplastics, junior researcher at the Institute of Biology, Irkutsk State University:

- We should note that this is the third grant for the development of the microplastics topic. Thanks to this support, this direction has been developed at the ISU Institute of Biology for the third year. We are trying to take a comprehensive approach to studying this problem: we simultaneously estimate both the current pollution and analyze the pathways of origin of microplastics in it, and assess the possible impact on living organisms.