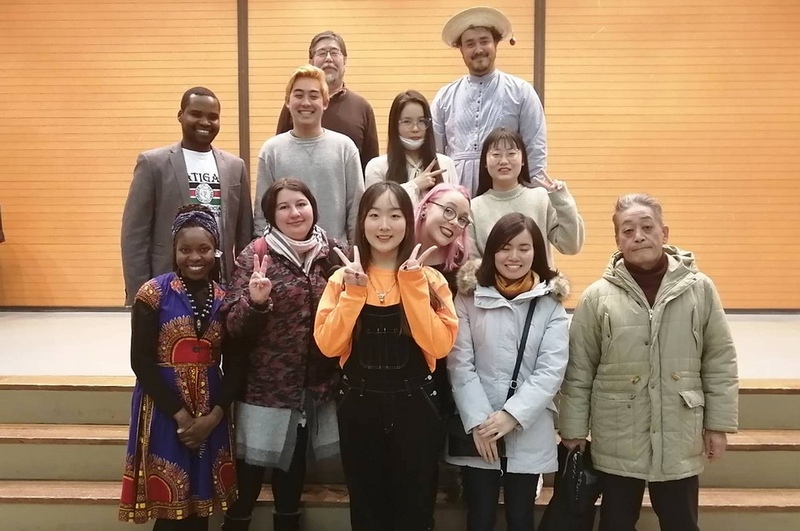 Elena Batotsyrenova, student of History department, spent a term in Japan. Her language intership, which took place in the framework of cooperation between ISU and Hirosaki University, has recently ended. Elena told about studying at the Japanese University.

— My knowledge of Japanese language has improved significantly over the past few months, and now I can potentially talk to 126 million people (the population of Japan).

Elena emphasizes that the education system in Japan is not much different from the system in Russian Universities. In her opinion, both here and there, the diligence of the students plays a big part. In comparison with ISU, the academic load is average, while the knowledge is given in a more concentrated way and a lot of time  is dedicated to self-education.

— It is very convenient that for each subject there is a half-year table where all tests, weekends, exams are marked — this makes it possible to distribute the load evenly. I think this is the reason why a Japanese student has time to study, work, and relax.

Two months later, Elena, getting used to the routine, signed up for a local sports club. Only Japanese was spoken there, unlike the University, where the ISU student studied together with representatives of different countries. It turned out that along with the improvement of her physical health, Elena got full-time language practice as well.

— The last semester in Japan gave me a real plunge into the world that I had read about. Of course, the internship gave me, first of all, the opportunity to improve my knowledge of Japanese language, but at the same time, I must say about improving my communicative competence, which is always relevant in our life.