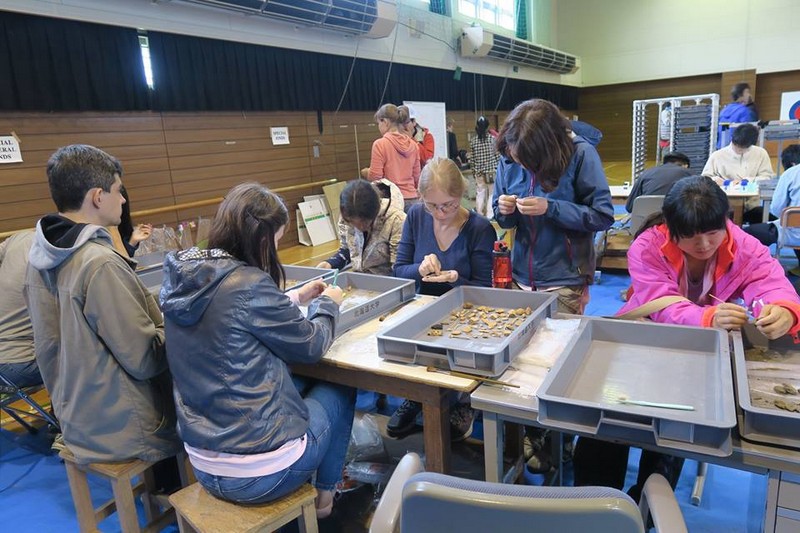 In the archaeological school there are students from Australia, Japan, Finland, the Netherlands, the UK, France, Russia and Canada. The school program includes field works at the multi-layer site Hamanaka-2. There have already been found a few interesting things. The students of ISU and Far Eastern Federal University work with unique materials from the late Jōmon period, there are obsidian tools, numerous bones of birds and animals. In the upper layer of the ground Russian archaeologists discovered a human burial of the Okhotsk culture.

It is a third time when students participate in the international archaeological school on the island of Rebun. In late August, three students of ISU will travel to Hokkaido under the RJE3 program. They will become participants of the international summer school which is held on the territory of Shiretoko National Park.

ISU became a member of Russian-Japanese educational program in October 2014. The program is planned for 5 years and aimed at training specialists who will be able to play a leading role in the field of education, culture, ecology and sustainable development of the Siberian and Far East regions.