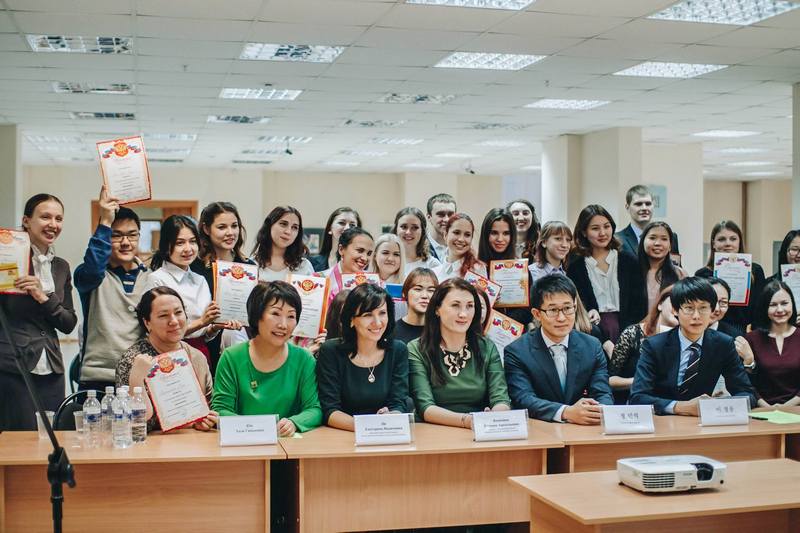 Last week the ISU Scientific Library hosted the speech contest “My Korea”. The contest was organized by Asian and Regional Studies Department in collaboration with the Consulate General of the Republic of Korea in Irkutsk. 30 students majoring in Korean language took part in the competition. All the students were divided into three groups according to their language skills. For example, in one group there were students who had just started learning Korean language , in the other group there were students who had a chance to visit Korea for a study trip. All the contestants delivered a speech to refer to various aspects of the life in the Republic of Korea: food, superstitions, modern culture, etc.

- Level of language proficiency is sure to increase year by year. And the variety of topics in the sphere of economics, culture, politics proves it. Participants demonstrated a high level of language competency by answering the questions in the dialogue with the jury, - Eugene Kolodina, the Korean Language Center at ISU, mentioned.