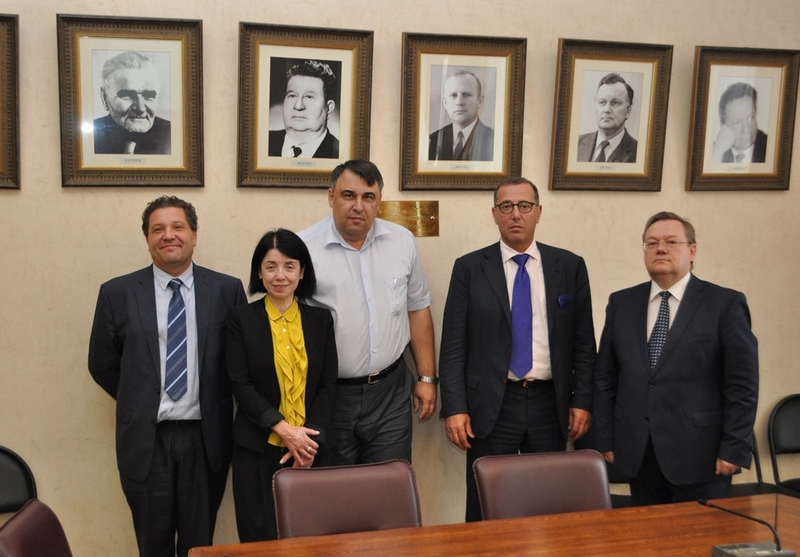 The Ambassador Extraordinary and Plenipotentiary of the State of Israel to Russia Zvi Heifetz and First Secretary of the Embassy Iris Tsvayg paid an official visit to Irkutsk State University. The main purpose of the visit was a meeting with ISU Rector prof. Alexander Arguchintsev.

At the meeting Alexander Arguchintsev told about the main stages of the development of the University, made the emphasis on projects aimed at studying Lake Baikal and Irkutsk region. He also presented the information on large-scale research project conducted by ISU in collaboration with foreign partners and ISU international activities as a whole. Guests were interested in the project of international summer schools which ISU annually hosts on the shores of Lake Baikal.

Zvi Heifetz stated that Siberia’s regions have a good potential for the development in such spheres as innovations and education. As a part of his two-day-visit to Irkutsk, Zvi Heifetz had a meeting with Sergey Levchenko, Governor of Irkutsk region.