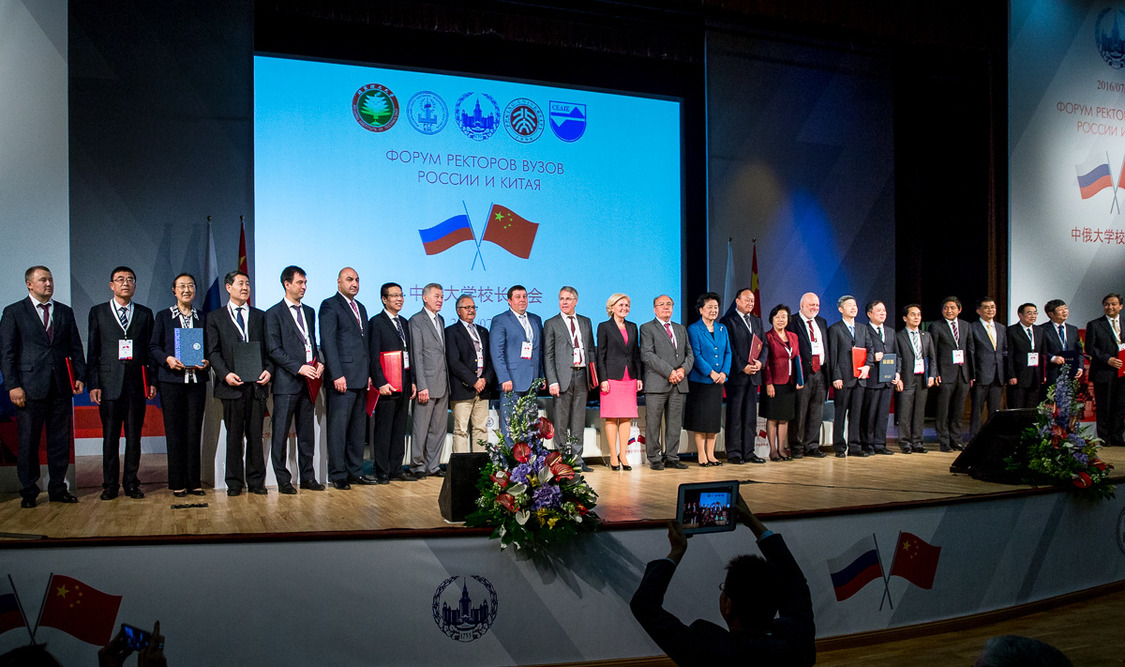 The Vice-Rector for Research and International Affairs Prof. Alexander Schmidt took part in the Forum of Rectors of Russian and Chinese universities “The Strategy of Russian-Chinese Cooperation in Science and Education”. The Forum is supported by the Union of Russian Universities Rectors, Moscow State University, the Chinese Association of International Exchange, and Beijing University of Technology.

The Vice-Rector for Research and International Affairs Prof. Alexander Schmidt presented the report in the section “The forms of Russian-Chinese Cooperation in Science and Education”. Professor Schmidt told about ISU’s experience in the implementation of double-degree programs WITH Chinese Universities and activities of the Center for Chinese language “Confucius Institute at ISU”.
Alexander Schmidt emphasized that the cooperation with foreign partners is very important for regional universities that contribute to economic and social consolidation of the region.

-Irkutsk State University and other large regional universities train specialists able to shape the regional agenda. The participation of students in academic exchange programs let them acquire skills that can be necessary for work with foreign partners. Thus, the success in foreign trade depends on the development of international activities of regional universities.