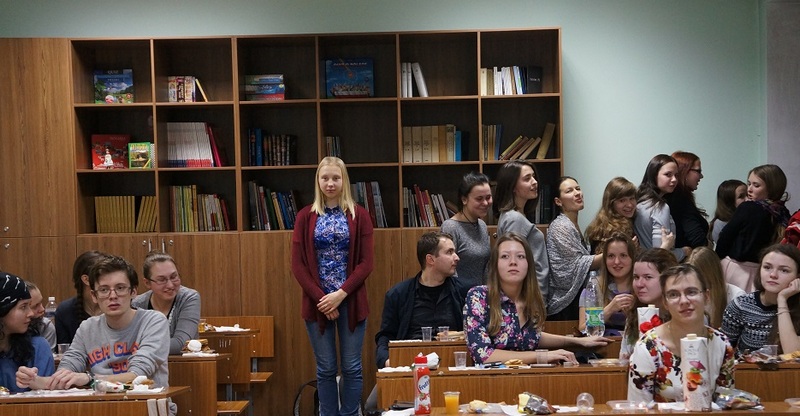 In November the Center for Polish language organized a number of cultural events. On November 14-17 the Center hosted a special workshop delivered by a famous art photographer Piotr Malczewski. The workshop program included both lectures and practice sessions where student could have a chance to be advised by a real professional in photo art. Students shot pictures, learnt to use a camera properly, they also discussed their artworks, trying to find a creative approach.
On November 20th the Center had a special film session: there was shown the Polish film “Chce się żyć” directed by Maciej Pieprzyca. The film tells a story about a boy who has to fight for a better life and own human dignity being seriously ill since childhood, - Ekaterina Starodvorskaya, a senior lecturer of the Russian language department, notes. After having watched the film, we discussed social and psychological issues the film touched upon.
On November 28th there was held the 3rd Regional Contest “Poetry is the Art with no Borders”. The contest was organized under the support of the cultural organization “Ognivo” at the Regional Library. Students of Philology and Journalism faculty presented poems by Wisława Szymborska, Cyprian Kamil Norwid, Julian Tuwim, Zbigniew Herbert, Leopold Staff, Józef Czechowicz and Jan Twardowski.
All the student were able to demonstrate good knowledge of Polish language and skills to interpret the texts. And Maria Loshanina, a second-year student of Philology and Journalism department was announced the first prize winner, - Ekaterina Starodvorskaya mentions.
The next meeting at the ISU Center for Polish Language is scheduled on December 11.  The film “Listy do M.” (2011), a Christmas comedy, is shown. Everyone is welcomed!