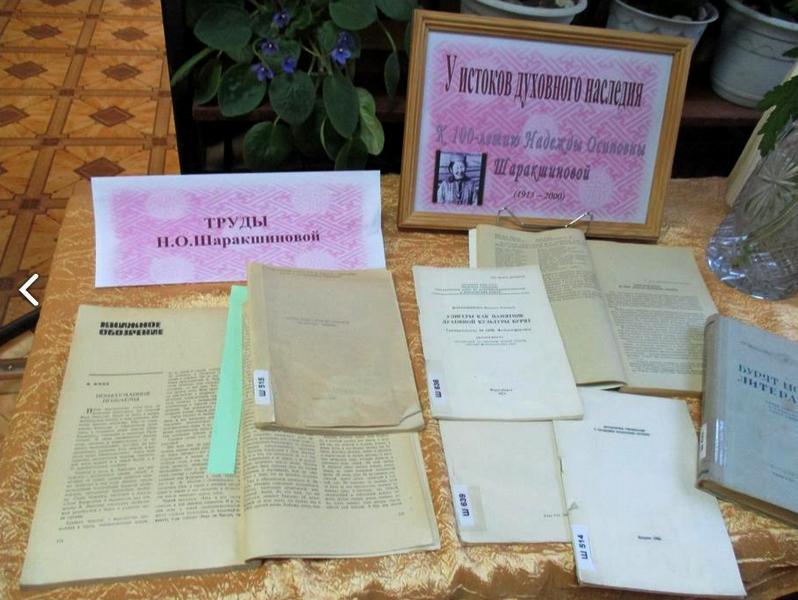 ISU organized the International scientific conference “Folklore in the Context of the Mongols’ History and Culture”. It was dedicated to the 100-anniversary of Nadezhda O. Sharakshinova, a famous scientist specialized in Mongolian studies and folklore.

At the conference there was a book fair “Cultural Heritage Origin” organized by the department for cultural and historical awareness activities of the ISU Scientific Library.

– At the end of the conference we approved the resolution and confirmed the intention to make the conference regular. We also agreed on publishing one of Nadezhda Sharakshinova’s book “Buryat myths” as this book is in high demand among not only Russian scholars, but those from Canada and Hungary, - Elena Sharakshinova, the head of Buryat Philology department, noted.

Nadezhda O. Sharakshinova (1915-2000) is a professor, Doctor of Science (Philology), specialist in Mongolian studies, folklorist, the author of over 15 monographs, textbooks, and 150 articles. At ISU Nadezhda O. Sharakshinava delivered lectures in folklore studies and Buryat literature history for 50 years. She took part in a number of international forums and conferences, and contributed a lot to developing and strengthening international scientific links. Sharakshinova’s books are well-known not only in Russia, but abroad.