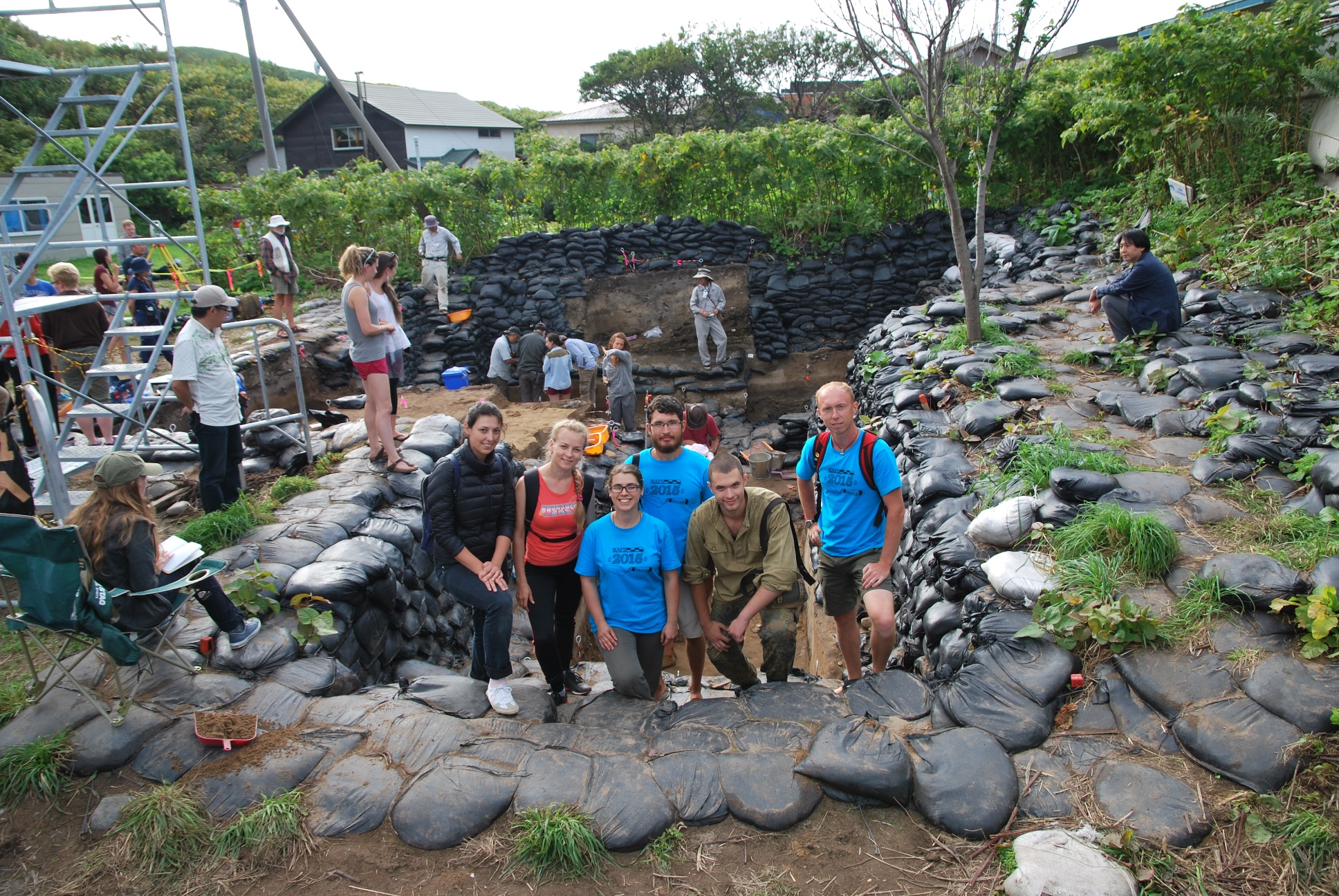 During a week they were engaged in excavations at the site Khamanaka-2 in collaboration with colleagues from Hokkaido University (Sapporo, Japan), Tokio University (Japan), Keio University (Tokio, Japan), Freie Universität Berlin (Germany) and University of Alberta (Edmonton, Canada).

The site Khamanaka-2 has nine levels of archaeological remains ranging from ainu period up to the Late Jomon Epoch (3500 years ago). The Russian team included three specialists from ISU as well as three partners from Far Eastern Federal University (Vladivostok) to explore two square meters.

–We have explored levels 5-8 and managed to find a lot of archaeological remains – stone and bone tools, stone-works waste, as well as ceramic vessels fragments, - History department researcher Dmitry Lokhov tells, - among all the findings the most important one is an obsidian (volcanic glass) knife-edge. I should also note that we have obtained significant experience regarding the organization and techniques used in the fieldwork.

ISU archaeologists are coming back to Irkutsk at the beginning of September. Then they will tell about gained experience and discoveries in detail.

The five-year-program is aimed at training highly skilled specialists that are capable of playing leading roles in the spheres of education, environmental sustainability, culture and development in Siberia and Far East.