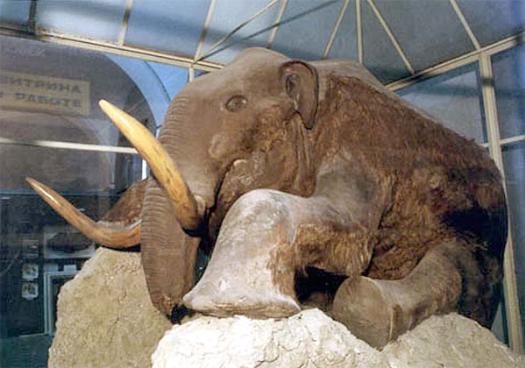 Field season of Irkutsk University archaeologists was marked with a valuable find – the remains of a baby mammoth. Fossil animal was found in Usolsky district of Irkutsk region on the left bank of the Belaya River. Remains of the mammoth flew over the ancient frost crack on the area of one and a half meter. Age of the sediments is around 25 thousand years.

“It appears that the mammoth became the prey of the ancient people,” says Dmitry Lokhov, research engineer of the department of archeology, ethnology and history of the ancient world, “State and location of the remains proves this idea, skull and bones chopped, teeth lying separately, and ribs also chopped and stacked in one pile.”

At the moment the remains of a baby mammoth are in the department of archeology, ethnology and history of the ancient world of the Historical faculty of ISU. Archaeological material is under processing. Then, paleontologists will examine it, give a more precise definition of the animal, bone names, and determine its age and sex.